And in Brazil Late Night hasn't came out yet... I've been to several furums and it is the very same thing: people are mad at EA Games and Warner.
I'm not so angry, since I got three copies of the game so far...a friend is sending me one and I got two in contests. I decided to give away one of them, since it is not fair.

Anyways, I'm waiting for LN and as soon as I have it, I'll post pics

Hugs and love everyone

And I'll leave you with a new sim. She will be uploaded soon 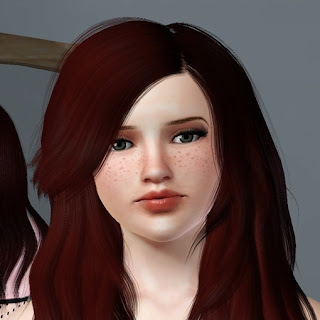